A wind turbine is designed to be used for at least 20 years, sometimes even up to 30 years. During its lifetime, it should reliably deliver maximum energy yield with the highest possible technical availability and at the same time independent of environmental influences.

A multitude of natural forces act on a wind turbine, including storms, heavy rainfall, hail, lightning, icing, etc. We want to take a closer look at the risk factors of icing.

Where does icing occur?

Icing of surfaces is a ubiquitous problem in nature in certain areas of the world, causing high costs and affecting function and safety. The areas where new wind turbines are built are also increasingly expanding into colder regions, so-called cold climates, making the icing factor an increasing problem.

Cold climate (CC) areas are regions in which atmospheric icing or periods with temperatures below the operating limits of standard wind turbines (typically -10 ° C for operation) occur.

You can find out how icing occurs, which phases of icing there are and what specifically matters in our white paper Ice detection to optimise your wind turbine.

The 3 biggest dangers and risks with icing of wind turbines

As already shown, ice accumulation on rotor blades and/or the nacelle can lead to various consequences. These supposedly greatest dangers can be summarised as follows:

What is meant by the term ice throw or ice fall?
What is the difference?

Do you want to know more about the 3 risks?

In the next blog posts, we will again look in detail at the individual three risks associated with ice accumulation, namely power loss, ice throw and ice fall and imbalances.

Therefore, eologix offers systems consisting of one receiver unit per plant and flexible, energy-autonomous and precise sensors, which are mounted directly on the rotor blade surface. Learn more about the eologix systems here.

Accurate ice detection using the eologix systems reduces the downtime of your wind turbine by up to 80% per year. You can find more advantages of the technology here. 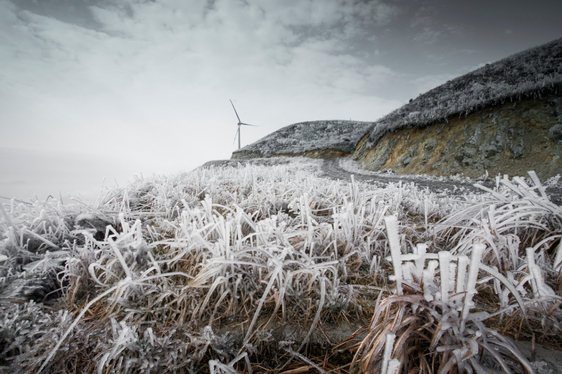 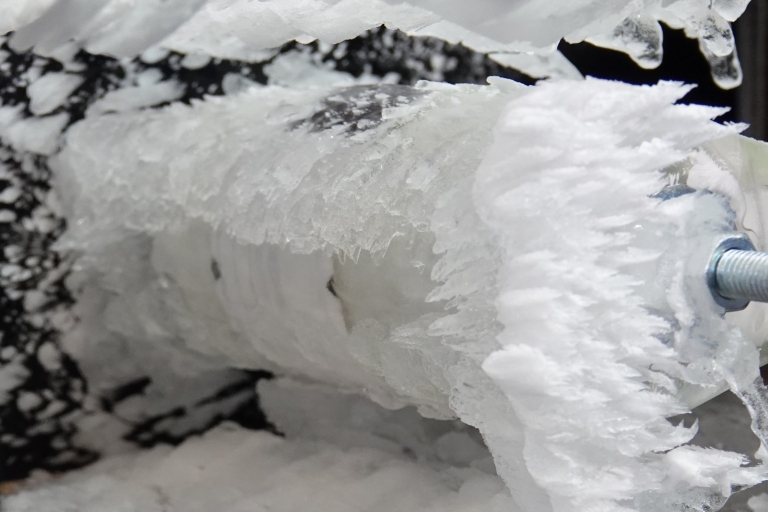 Hoarfrost is a form of fog-frost deposition, usually thin, fragile ice needles or scales that adhere only loosely to objects and are formed almost exclusively by sublimation. The prerequisites for the formation of frost are high humidity (around 90 % or more), weak wind and temperature values generally below minus 8 °C.

Safe through the winter: Ice throw and ice fall on wind turbines

How to ensure safety during icing conditions (especially with regard to ice fall and ice throw) – Ice accumulation on wind turbine rotor blades has a crucial impact on operation and maintenance. Lower return due to aerodynamic imbalances as well as safety of the power plant and its surroundings are of central importance.
Regardless of whether a wind turbine is located next to a highway or in the mountains where skiers and hikers pass by – It should be always ensured that service technicians and any trespasser are safe in any turbine operation mode. 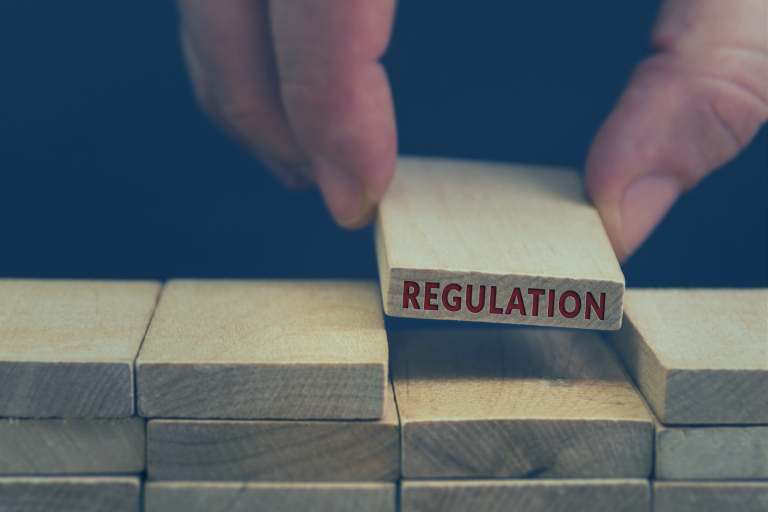 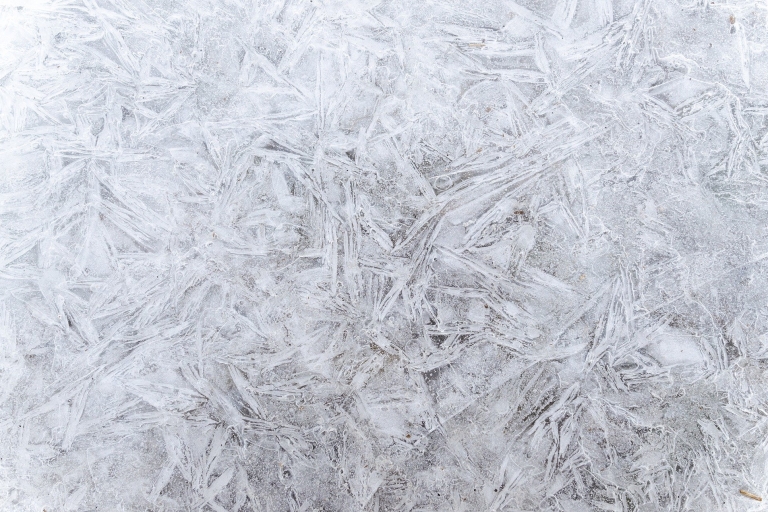 What changes with our new DNV certificate?

New DNV certificate for eologix ice detection systems: Reduction of the number of sensors per wind turbine while increasing the redundancy of the entire system